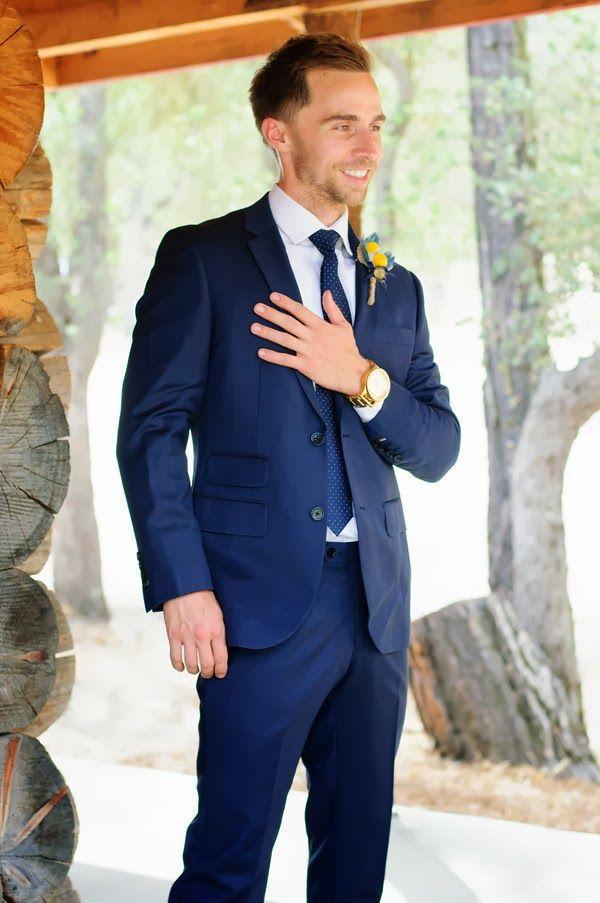 Suits made easy; picking the best one for you!

It’s no secret that suits are more common than their more formal counterpart, tuxedos. But lately, suits are becoming more commonplace for proms, formal events, even for grooms!

Sure, suits aren’t the best thing you could put on, and you could stand to do better with a tux. But suits are still good; at least it’s not getting married in cargo shirts and a button-up.

But if you thought there were lots of options for tuxes, then you haven’t seen anything yet. The recent popularity explosion with men’s dress items (largely due to hipster culture) has affected the supply. Like a tsunami following an earthquake, men all over the world are now drowning in suit options!

Finding the right suits for me

With all the options out there, you might be wondering where you stand in all of this. It’s easy to point at a picture of a model wearing a suit in GQ and say “That’s the one for me!”

Hold on a second, there. Suits might look pretty much the same to you, but there are small differences. I’ll go over some of these differences and help you pick the best one for you.

Does fitted look good on me? 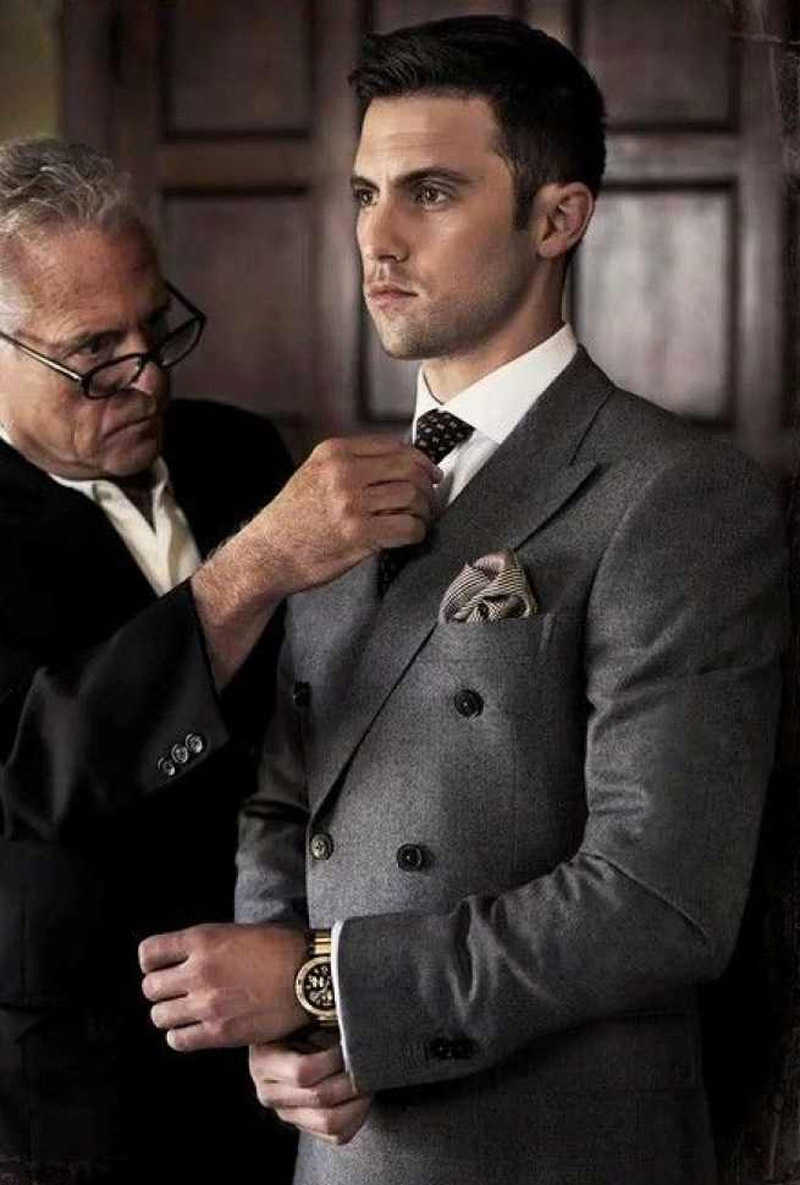 “Fitted” garments are all the rage right now, and for good reason. Fitted suits can bring out the best qualities in a person’s build, and compliment their form. A fitted outfit can make even the scrappiest guy look a bit more strapping!

But the problems with fitted suits arise when people who are too large try to wear them. It’s one thing if you’re a big guy, and you’re wearing a fitted outfit that’s tailor-made for you. But custom-made outfits can cost hundreds more than off-the-rack suits, and most people aren’t willing to spend that kind of scratch on an outfit…especially just a coat and pant.

But if you’re a big guy and you insist on a fitted set that’s off the rack, it most likely won’t look great. Fitted suits are meant to compliment a few different body types. And with all due respect, if you’re too overweight, that body type isn’t yours.

Instead, look for a suit that has a standard fit. This will allow you to be more comfortable while wearing it, and better compliments your body type. Heavier guys can have a certain appeal all their own when wearing properly fitted suits. The right one exudes power and commands a room with its presence. But if you look like you stuffed yourself into a navy-blue sausage casing, you won’t get that effect.

Go somewhere that lets you try on

If buying online is a bad idea for rentals, it’s a TERRIBLE idea for buying an outfit. Try it on, and make sure that you’re comfortable in it, and people think you look good in it. Most important, make sure YOU like the way you look in it. Suits should spike your confidence, not make you look at your body flaws.

It’s also helpful if you don’t go to buy outfits with a group of ‘yes men.’ Make sure whomever you take with you is someone who will be honest and tell you if something looks bad. I would want to know the suits I was buying looked bad. Especially if I was shelling out that kind of money. 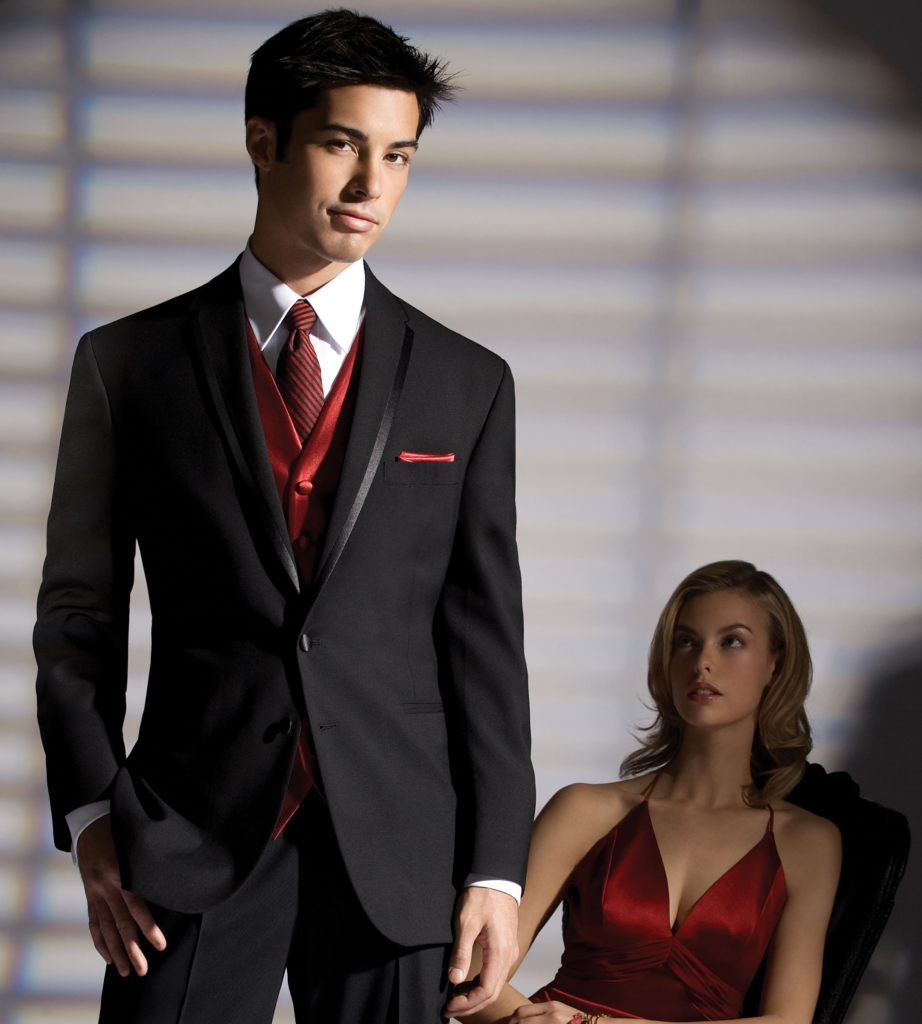 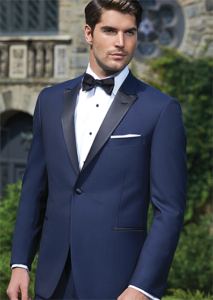 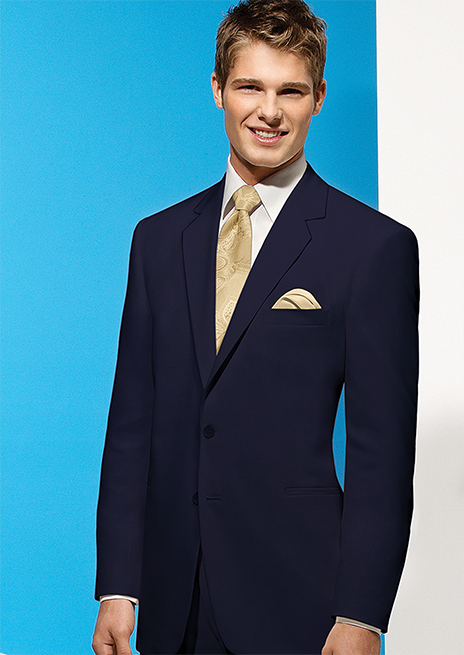 Wedding Suits; the Hottest Ones this Year!

Weddings. Everyone had their ideal wedding, but some things pop up more than others. A big cake, a white dress (more on this later,) hand-written invitations, and pretty flowers are just a few.

Another thing that comes up often (not as often as dresses though,) is tuxedos. But seeing increasing surges of popularity every year lately, is wedding suits.

No, you didn’t read that wrong; wedding suits.

No one knows exactly why, but more and more brides are seeing fit to put their grooms in suits for their wedding. Designers and manufacturers are quickly taking notice. And so as a result, there are more options than ever for good wedding suits nowadays.

Looking for the most popular wedding suits? Look no further.

But as you flick through Pinterest for ideas for your own wedding, you’ll surely come across some suits quite often. These are the champions that stand out among the others as the most popular wedding suits. I’ll be going over them generally, by color and by fit. More descriptive lists can be found in future articles.

Generally, the most popular wedding suits all seem to follow one trend in particular: they’re all fitted suits. Fitted suits have swept the world and replaced standard cut outfits as the go-to for that modern look.

And for good reason: a fitted outfit is a great way to really bring out the good qualities in a person’s physique.

Suits can be seen in just about any color you can imagine. This is especially true since people sometimes use suit colors to stand out. These people will go for something that jumps, even if it doesn’t necessarily look good, like bright orange (Kraft Punk, anyone?) or also pink.

But by and large, for people serious about their wedding the most popular colors remain the same. Tones like dark grey, light grey, navy blue, cobalt, and even tan are quite common. Black suits aren’t as desirable as they used to be; these are more favorable for funerals or business meetings.

But as the Canadians say: ‘Fill your boots!’

These are some of the more popular wedding suits. But it’s your wedding; go with whatever feels best!

What kind of suits would you like to see at your own wedding? Let us know in the comments below! 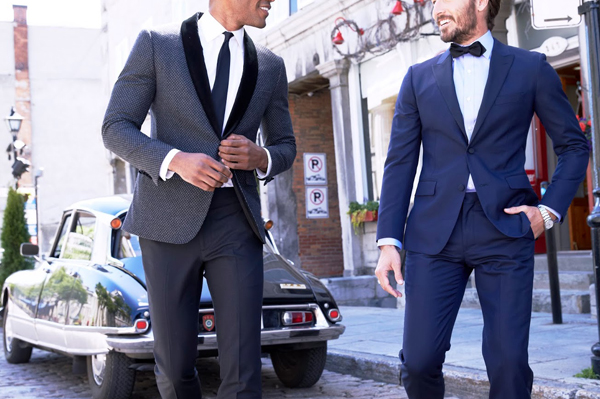 Difference between suits and tuxedos

There’s a surprising number of men who still ask the same question that formalwear specialists still get at least once a day: what’s the difference between suits and tuxedos? Granted, to the untrained eye and from a distance these two things might look pretty similar. But it’s more subtle things that make up the difference between suits and tuxedos.

By far the biggest difference between suits and tuxedos is the lapel. Tuxedos will have a satin lapel, giving them a ‘shinier’ look. Tuxedo jackets also have different buttons. Tuxedo buttons lack the four-holed look that suit buttons have, and are instead sewn tight to the jacket using a ‘stem.’ http://www.diffen.com/difference/Suit_vs_Tuxedo” says that suit jacket lapels are often made of the same material as the coat.

Pants are another thing that make up the difference between suits and tuxedos. Tuxedo pants will usually have a satin stripe down the vertical side of the leg, whereas suit pants do not have the stripe. Likewise, shoes that are paired with a tuxedo are typically of a patent leather design, though there’s a current trend toward matte finish shoes with tuxedos. Suits, on the other hand, look funny with patent leather shoes, and a pair of nice, non-specific shoes compliment them well. 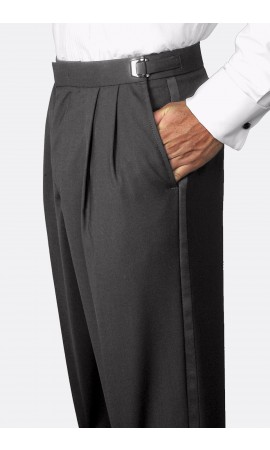 Now that you know the key differences between tuxedos and suits. Another thing that sets them apart is when they’re typically worn. Suits are more casual than tuxedos. Wearing a suit to any of these would probably make someone look. For lack of better terms, underdressed and out of place. They recommend suits. For just about everything else: more casual weddings, semi-formal dinners, semi-formal work functions, etc. It’s not good to look overdressed, either.