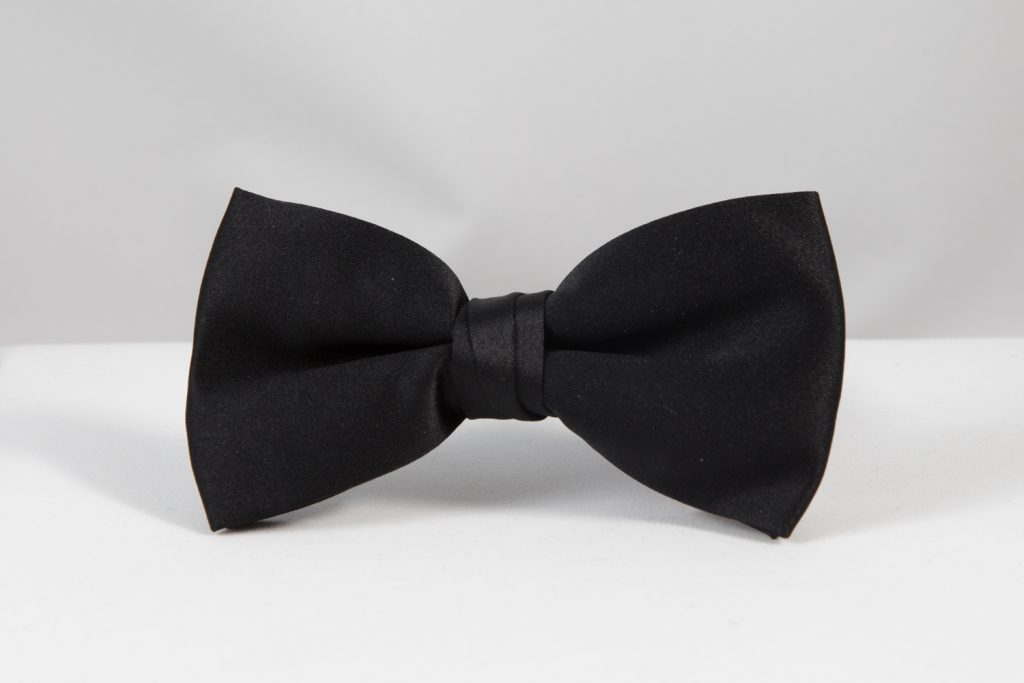 Picking the best tie out made easy

Move over Richard Branson, it seems like the tie is making a comeback in a big way. More and more people every year are bucking the once-popular trend of not wearing a tie at all. Instead, ties are seen more often with suits, with semi-casual get-ups, and more. Heck, some people even use their tie as the centerpiece of their outfit, making everything else match it. It has never been a more popular accessory, and as I already said, is sometimes now the dominant piece in a person’s outfit!

Choosing a tie that’s right for you can be a challenging task in itself. There are hundreds, even thousands of options to sift through out there now! But picking out a good tie shop makes the job that much easier. And lucky for you, Mr. Formal’s online shop is now up and running.

You looking for a snazzy black tie? Mr Formal’s tie shop has several different options for black ties, in either bow tie or necktie form. You can easily look through all of the options in a quick two minutes! Our tie shop also regularly stocks up on our more popular choices, such as skinny black ties.

If you look here, you can look through our wide selection of solid-pattern colored neckties. You can find something in this page alone to match just about any shirt or jacket you might put on!

Or if you’re looking for something really nice, you can find a few different designer choices in our tie shop as well! There are a few different options to buy these on their own, However, there are also options that allow you to buy a set, like a designer tie and cummerbund set.

Maybe you are looking for something other than ties though. Thankfully, Mr. Formal is a lot more than just a tie shop. We have specialized in men’s formal wear for many years now! You can find a wide range of tuxedos, suits, vests, and many different formal accessories to accompany your outfit!

And, as I’ve said before, we’re a lot more than just an online tie shop. We have two different brick-and-mortar locations. If you’re in Phoenix, you can come on in during our business hours and look through all of our merchandise. Our two physical locations in the Phoenix area, along with their hours, are as follows:

However, if you don’t live in the Phoenix area, you can go through our tie shop just by going to our online shopping page. Be sure to join our mailing list! We send out occasional discounts and messages to our mailing list subscribers, and you can be sure to take advantage of those. Have fun looking through our online tie shop, and we would love to see your completed outfit on our Facebook page! 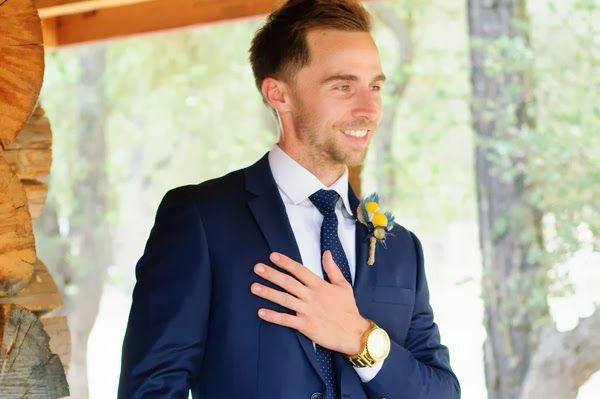 Suit. The answer to many first-world problems!

Sure, modern man might not be plagued by many of the survival problems that our ancestors faced. For those of us living in the first world, things like hunger, predators, and pestilence are but a distant memory.

And yet, this new world of ours, we face a different set of difficulties than what we used to. Sure, it’s not a matter of life or death anymore, but it is happiness or misery, prosperity or ruin. This new set of problems that besets men includes low self esteem, bad perception from others, and more.

Now, I know what you might be thinking. “This is sounding more and more like a self-help blog, not one about menswear.” I implore you to bear with me, because the two will intersect pretty soon here. Because, what you wear can affect both your confidence, and the way others perceive you.

And no clothing boosts a man’s self-esteem or raises him up in the eyes of others like a suit. And here’s five reasons why that is indeed the case.

Sure your opinion of yourself matters a lot. But it’s willful ignorance to say that what other people think of you doesn’t matter in any sort of sense. After all, in almost everything you do in life, you will be dealing with other people. And their own opinion of you can and will affect whether they decide to help you or hinder you.

Basically, your appearance can be either an asset or a liability.

Sure, putting on a suit takes more time and more effort. And that’s just the kind of thing that makes it so valuable before dealing with people. When you show up in a suit, it shows that you care more about your appearance. Imagine showing up to a wedding in jeans and a band T-shirt, and sitting next to a guy wearing a suit. Which of you is going to look like you care more about the bride and groom’s big day? Which brings me to my next point:

A suit shows you care about others, not just yourself

Dressing up for an important event for someone else isn’t just classy, it’s a gesture of good-will. Making yourself look clean and classy before you show up means that your buddy’s event is as important to you as it is to them. Not only is this just the decent thing to do, but you score major class-points to everyone around you.

A suit helps you feel more confident about yourself

Of course, if your own opinion of yourself is crap, then it doesn’t matter how much other people like you. Confidence, or the absence of it, can both be detected by those interacting with you. And if someone has no confidence in themselves, then how can you be expected to have any in them? I’ve met many people whose own feelings of self-worth are low, despite any false sense of bravado they broadcast. You can stand in front of the mirror and tell yourself  ‘I’m awesome’ over and over. But if you don’t really feel that way, then repeating a mantra about it is pointless.

A suit is the the pinnacle of everyday menswear; it just LOOKS awesome. But chances are, you already knew that. Therefore, if you put on a suit and cleaned yourself up, you’d be able to say ‘I LOOK awesome.’ And looking awesome is one definitive step closer to BEING awesome.

It’s a fact. Many women find a man wearing a suit more attractive

There’s an entire ZZ Top song about how women love guys in suits. There are a myriad of different reasons for this, and I’ll try to cover as many as I can. But, I’ll go with what is, in my opinion, the biggest case for this. I literally just turned to my wife and asked her why men in suits are more attractive. Her exact words in reply were “Because a guy in a suit looks as little like a slob as possible.”

Now I’m not the authority on what women find attractive or not, but I do know that most of them appreciate it when a guy puts some effort into his appearance. If you’re wearing a suit, then you can still look great even with messy hair or wearing tennis shoes. Putting on a suit shows that you’ve gone that extra mile to make yourself look good. No one, man or woman, finds someone who puts no effort forth to be attractive.

A suit’s representation as a status symbol certainly helps. Suits cost a little bit of money. Therefore, wearing one sort of broadcasts that you have your life together, that you’re stable. And stability is definitely a desirable trait for a male.

The final point I’ll cover for the attractiveness of suits is simply how they look on a guy. A suit brings out all the desirable traits for a male’s physique. This is especially true now, since the sim-fit suit has become so popular. Putting on a suit makes your waist look slimmer, your shoulders broader, and some even make short guys look taller.

Anyone familiar with the show ‘How I met your mother’ knows that Barney Stinson was legendary with the ladies. He was also the only one out of his pals who always wore a suit. And in my opinion, those two things are definitely correlated. So take his advice: 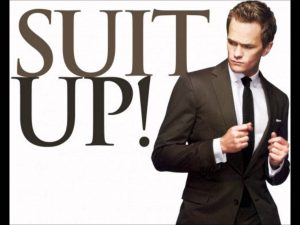 Not only is a suit the definition of class, but getting one is easy!

The days of a suit being only for the wealthy are over. Just about anybody can find a great-looking suit now, even if they don’t have a lot of money. Not only can you find a suit at many stores, but they’re widely available online now, including our own website. We’ve been helping men look their best for decades, and we’d love to do the same for you! 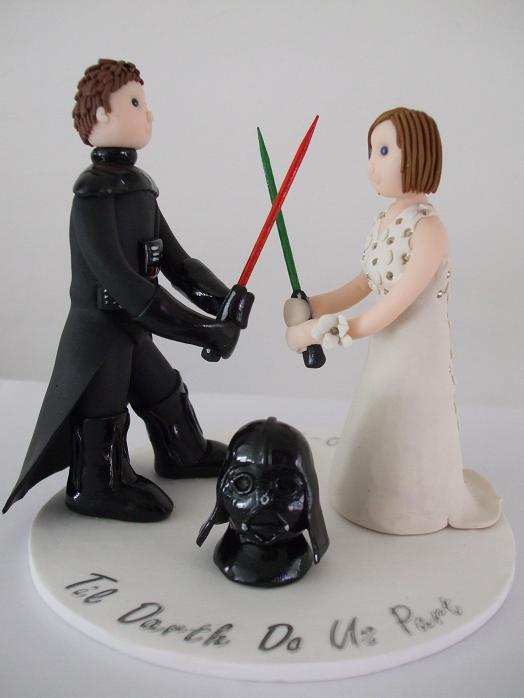 So, a certain trend I’ve been seeing lately is novelty wedding themes. Now, I understand that there may be plenty of people out there whose life dream is to be married with the ‘Naruto’ theme song playing as the bride walks down the aisle. I want you all to know, that I’m not here to knock down your dreams. Please read with open minds, and if you disagree at the end, that’s fine. But there’s a good case against using novelty wedding themes for your wedding.

Novelty themes are great…I’ve been to some really fun parties that had themes like Ghostbusters, Pokemon, Star Wars, and even comic book characters. And therein, lies one of the problems with novelty wedding themes. You can have as many themed parties as you want throughout your lifetime. Hopefully, you’ll only have one wedding. Now, would you really want your wedding…the most important day in your life…to be indistinguishable from a themed house party you would throw?

It’s all in fun

I know what you are probably thinking: “But as long as people have fun, that’s all that matters, right? Why shouldn’t I be able to dress up like Link or Yu-Gi-Oh at my wedding? It’s MY wedding!” That’s true: it IS your wedding. It’s one of the biggest opportunities in your life to say something about who you are not just to your friends, but to your spouse-to-be’s family, your own family who you may not know very well, and whomever else. And with a themed wedding, your really only saying one thing: “I really really really like (insert name of band, tv show, sports team, super hero or movie here.)